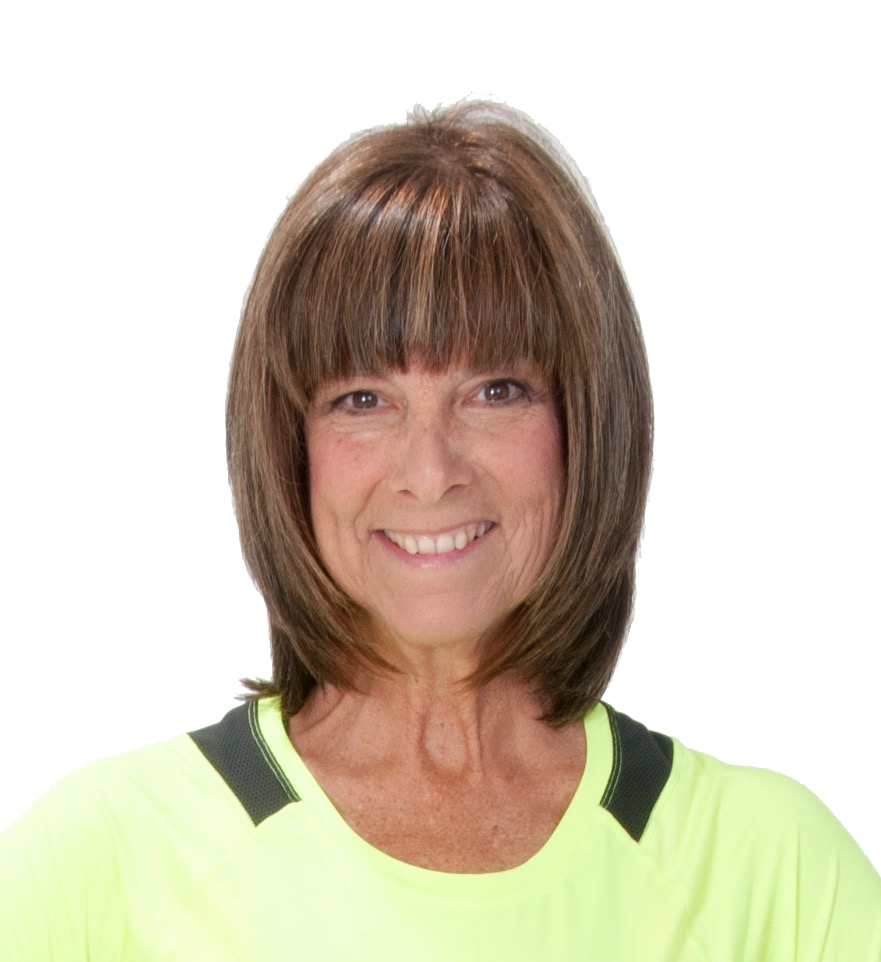 Ellen is a best-selling vegan cookbook and health and fitness author, as well as a sought-after speaker at vegfests, foodfests, health fairs, book festivals and many other venues. She has published 6 books with the oldest and largest vegan publisher in the US, and is currently working on a 7th. 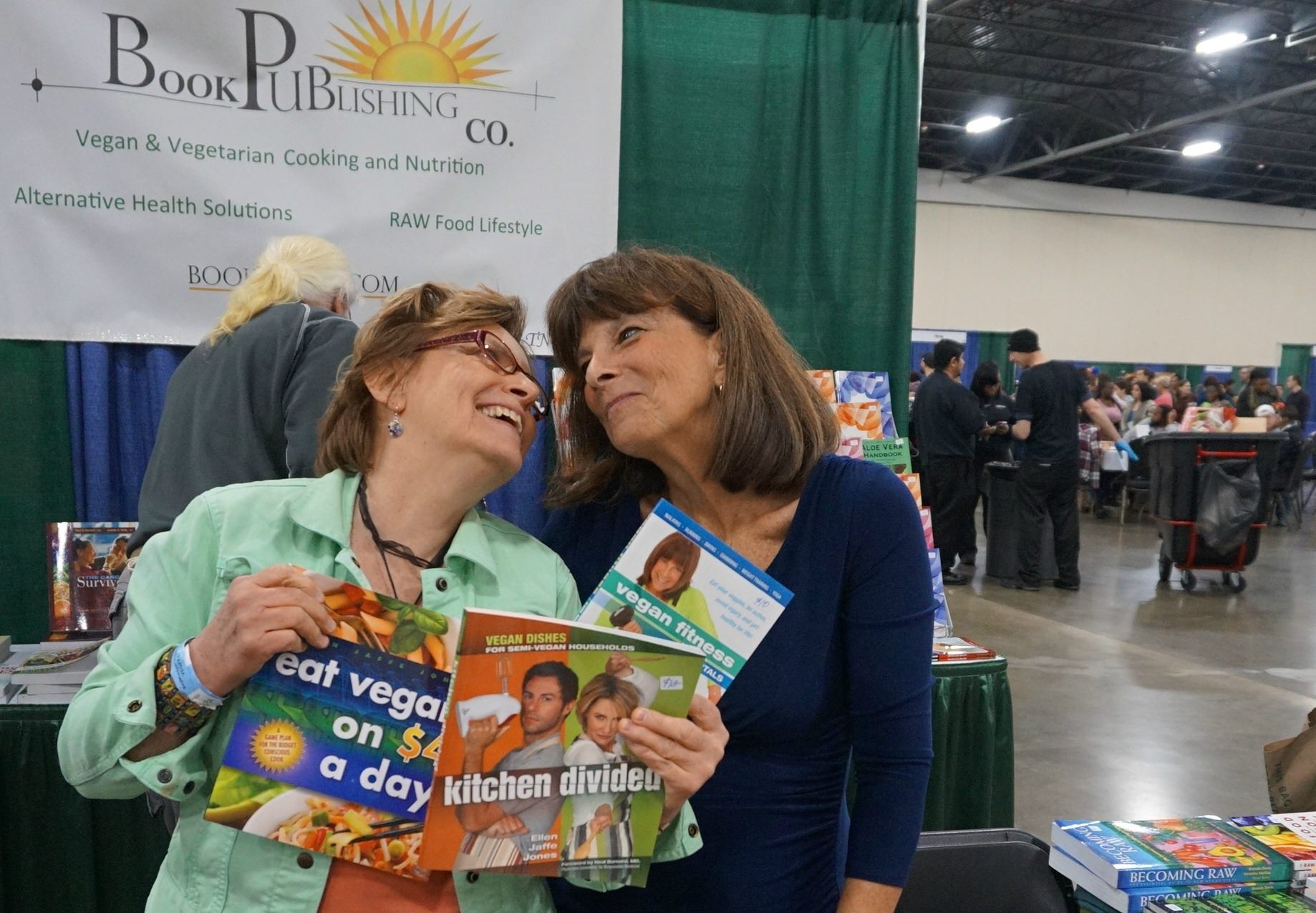 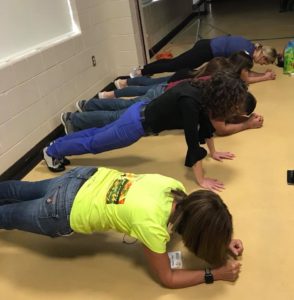 She is legendary in engaging her audiences and conducting her Q and A while holding a plank contest. Her record was 10 minutes at the Tampa Vegfest. She is a certified personal trainer and has coached high school girls cross country and track.

Ellen was a 2-time Emmy-winning TV investigative reporter for 18 years, while she watched her mom, aunt and both sisters get breast cancer. Her family became part of the original BRCA1 and BRCA2 breast cancer gene studies. Figuring out how to beat her genes and continue remaining the only adult female in her family without cancer became the investigative reporting job of her life. At the age of 28, she almost died of a colon blockage and saved herself from a hysterectomy by going on a vegan diet.

As someone who hated running in grade school and beyond, she started running in her twenties to try and keep a lifelong obesity problem under control. In her fifties, she found that at races, many meat-eaters were developing arthritis and women who used to beat her were no longer racing. As of May 2018, she has placed in 136 5K or longer races since 2006 "just" on plants. She has competed and placed nationally in multiple events in the National Senior Games. She is currently ranked 3rd in the USW65-69 4x100 meters, 5th in the 800 meters and 7th in the 1500 and 400 meters. She's done 2 marathons and 12 half marathons since 2011, something most sprinters with her speed don't ever do. 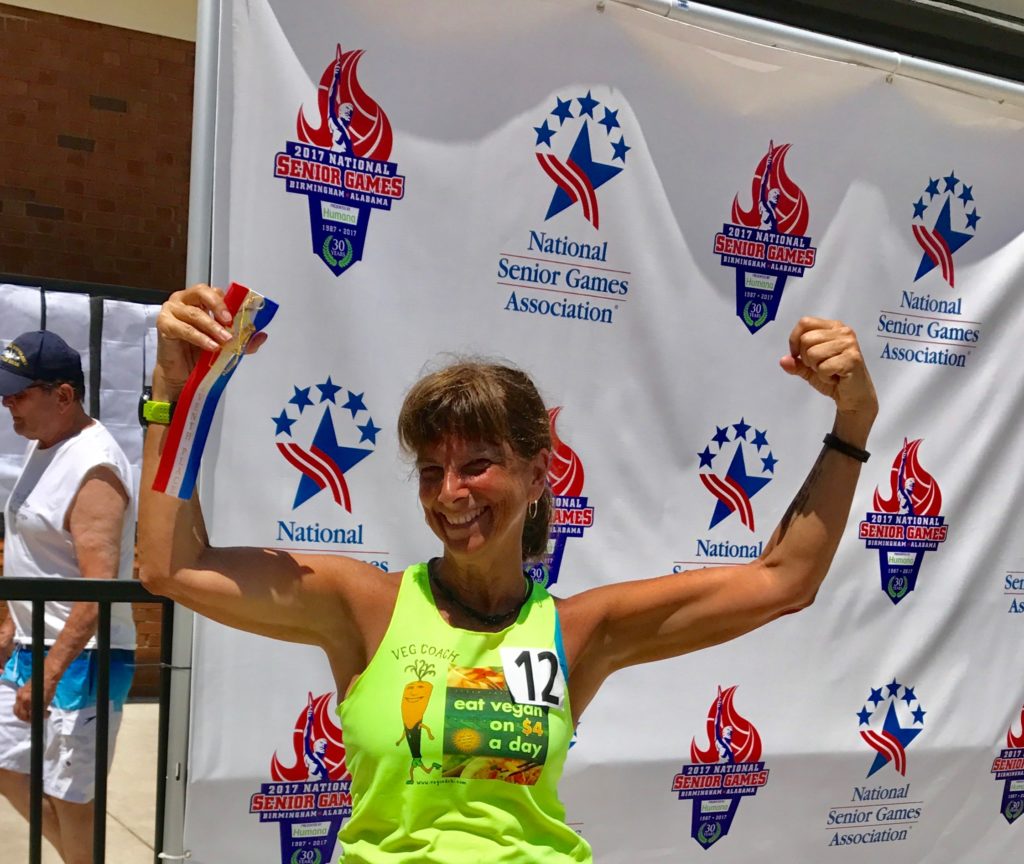 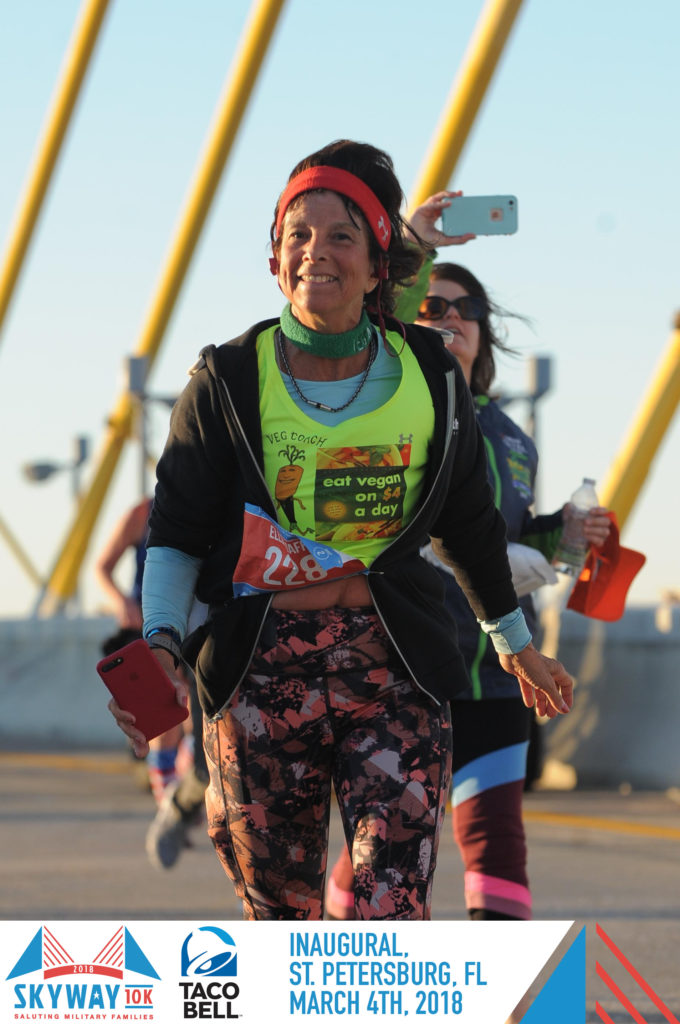 Terrified of heights, 13th in all women over 65 who ran w/ 7500 others, Tampa's Skyway Bridge 10K, one of the highest/longest US bridges. 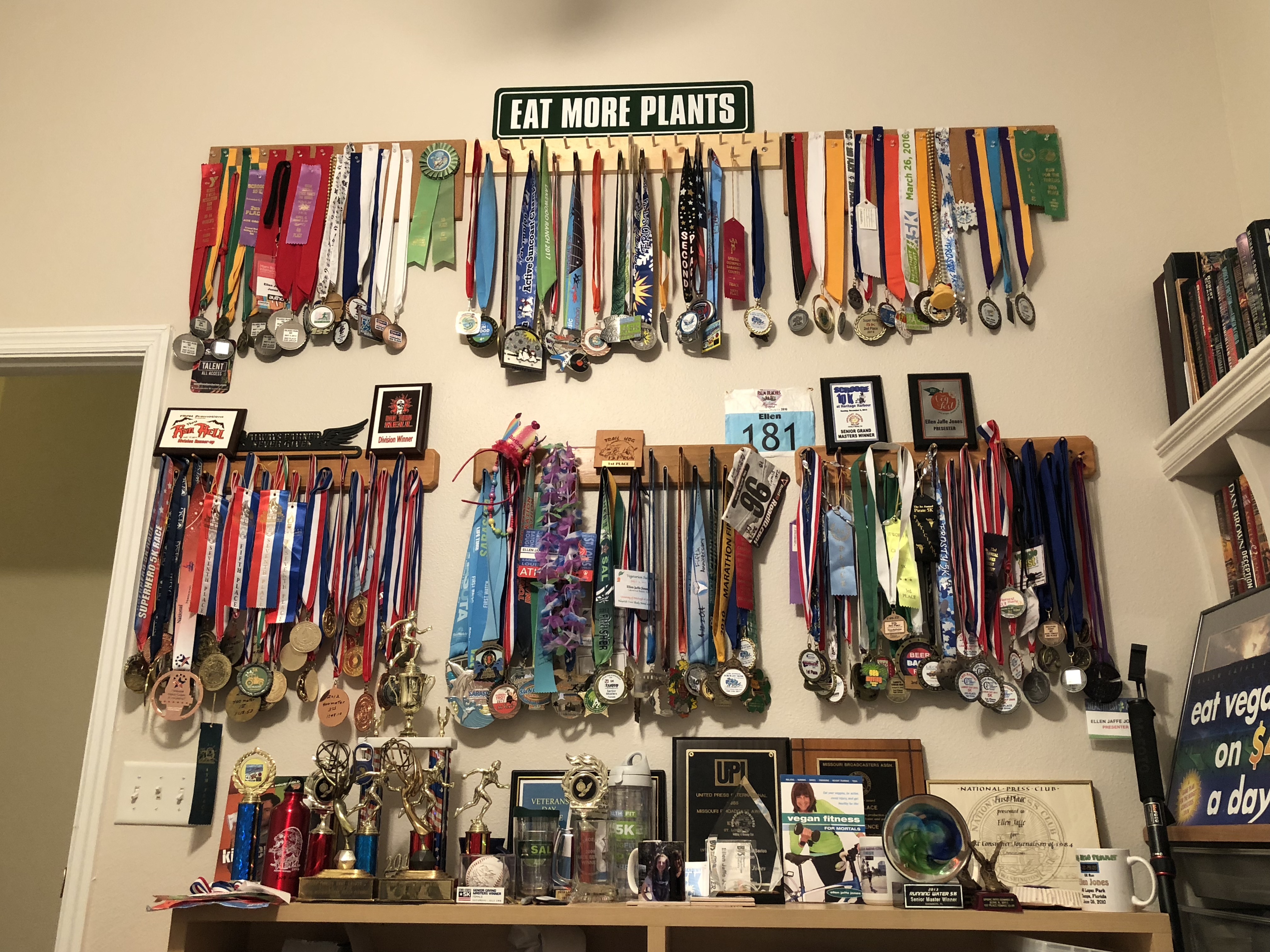 Ellen was voted PETA's 2014 Sexiest Vegan Over 50 and was also included in a list of "Women Who Stand Up for Animals Daily."
She often gets pegged 20 years younger than she is with her audiences demanding to know her secrets. BadAss Vegan chose her as one of their first profiles. Born of 2 chain-smoking parents, she had a near death experience at birth weighing 3 pounds with heart and lung issues. Crossing a race finish line is truly a miracle. 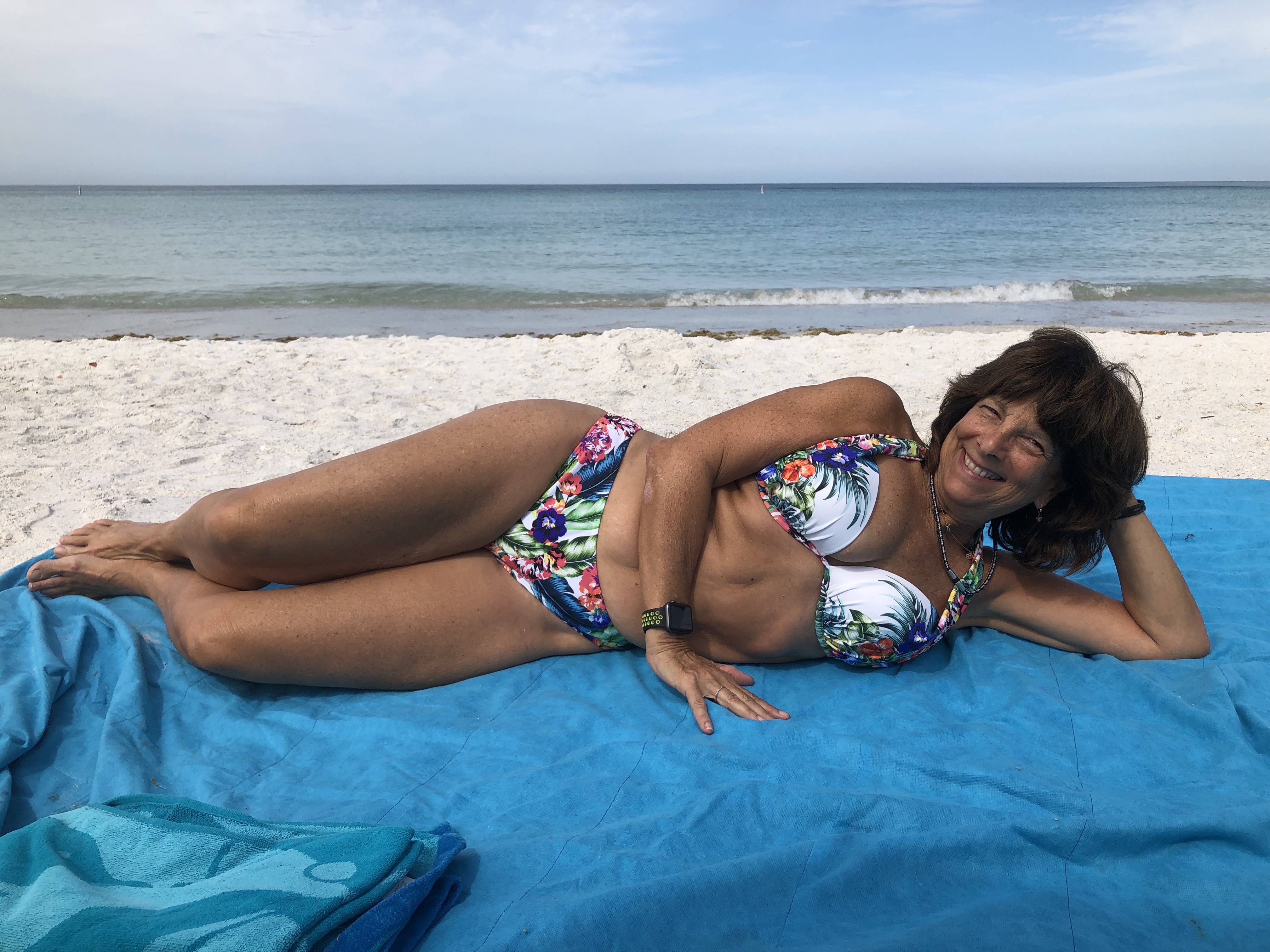 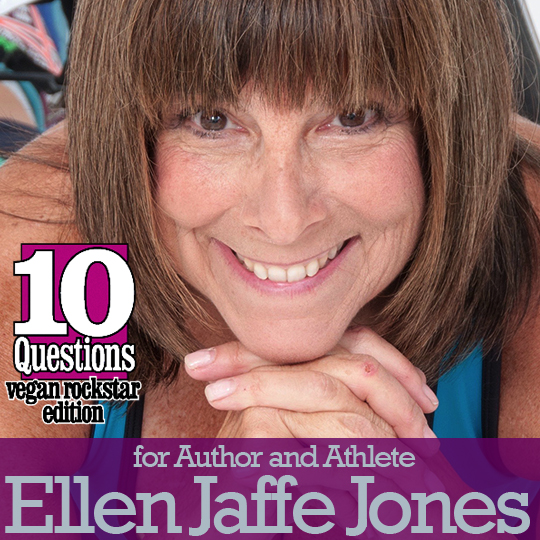 The popular blog, Vegan Street, recently chose her as their "Vegan Rock Star."

Ellen has been a "Star McDougaller" for years and was interviewed when she appeared as a guest chef at Dr. McDougall's Advanced Study Weekend. 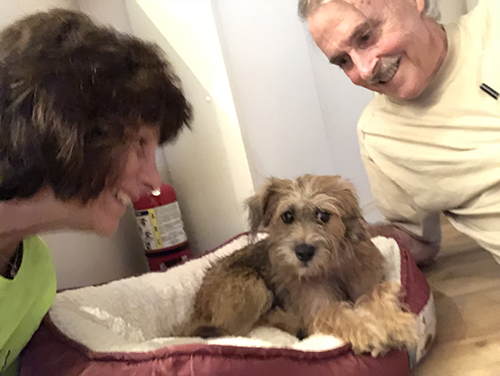 She lives with Rustie the Rescue who as found by the local Humane Society wandering the streets of Bradenton, Florida on New Year's Eve 2017. 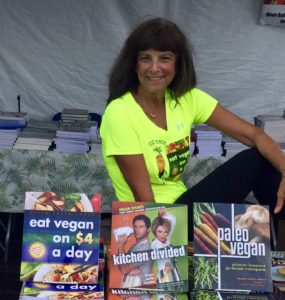 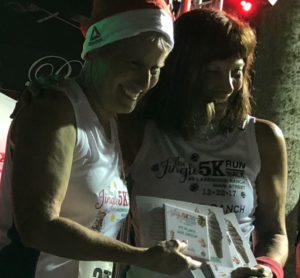 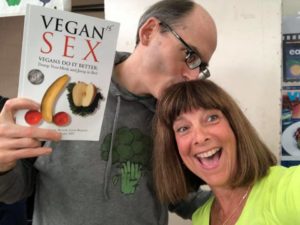 Dr. Michael Greger, author of How Not to Die, grabbing his first copy of Ellen's latest book, which he endorsed, "Vegan Sex." 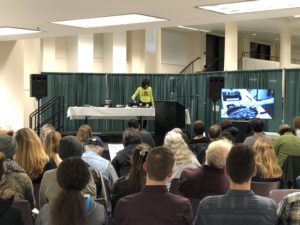 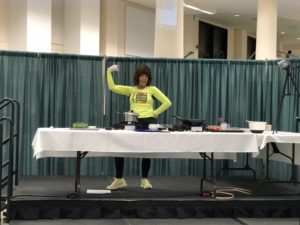 A rare speaker who is equally adept at cooking demos thanks to training, then 6 years instructing daily/weekly Physicians Committee for Responsible Medicine classes. 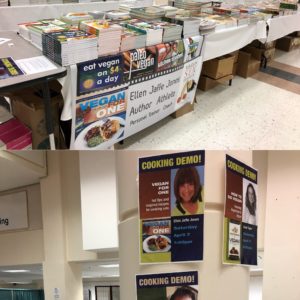 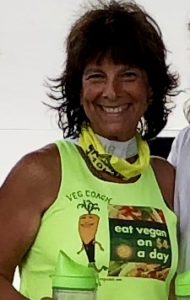 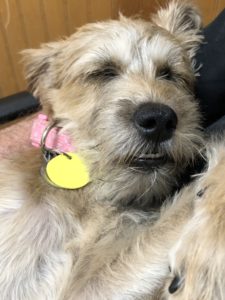 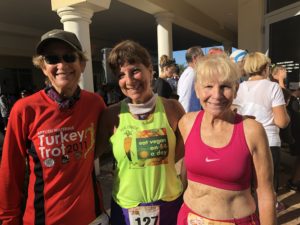 Racing, and especially placing, in person and in post-race pix, hundreds/thousands see this shirt she always wears. 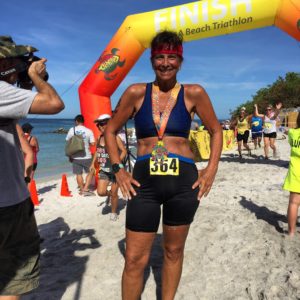 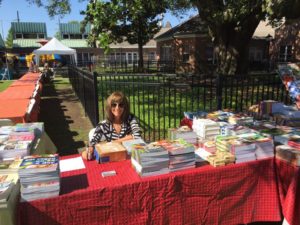 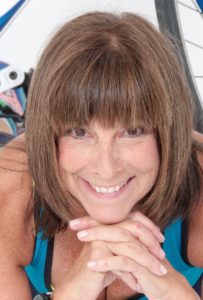 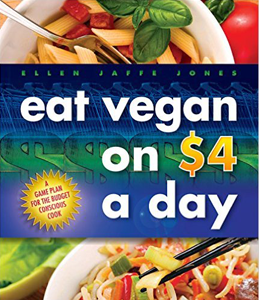 LEARN TO COOK VEGAN ON $4 A DAY